And we know the cycle repeats again, the Fed has reverted to not increasing interest rates again. Now you get the picture, we go from fear after fear and then the resulting volatility in the markets. What we can do is to capitalise on this volatility to buy into companies with sustainable cash flow or growth depending on the intention of investing into that particular security.

So what did I do this time?

My portfolio remains quiet as ever as markets still remain significantly higher than the low we witnessed in January. There is no reason for me to invest into anything if the prices are still higher than my last buy price. That is the mechanism that I will live by and stay disciplined to continue to do so.

This month, I added M1 as it has revisited the lows of when I had previously entered using my SCB account back in March. I had since divested it, but I felt that level was a reasonable valuation. My 2 cents on the 4th telco saga is that it is overrated. Come on, we can't expect the other telcos to just sit back and relax and allow the 4th telco to grow into a threat right? And even if it grows, it may not reach the maturity similar to the existing telcos within the next 5 years or so.

Yet, I like to compare this situation to the threats faced by the local banks back in 1999, when the Singapore government liberalised the banking system to allow greater access to foreign banks into the domestic market. This was intended to increase the competitiveness of our local banks. So clearly in comparison, it is A LOT worse than the 4th telco, in fact this allowed access for many foreign banks to expand into our shores. 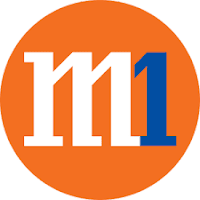 So this begs the question, did our local banks die off?

Well, the fact we still see them around proves otherwise. Looking at the share prices of the 3 local banks, in fact, their share prices went the complete opposite way where all naysayers believed. They took up positions within the top 20 strongest banks in the world. Now that is a feat.

Now it doesn't need a genius to see the connection I am trying to prove here. I do not think it will be terrible for the telcos here, in fact they may face competition and this may eat into their profit margins. But this forces them to rethink and work out on cost competitive ways to stay in business. Sometimes, we need something threatening to force a change for the better.

Overall, the addition of M1 increases the exposure to the 'income' stocks segment in my portfolio, as I had intended to. The 'income' segment has now exceeded the 'general' stocks segment, but I will continue to buy into income companies should they reach price levels which are attractive to me. I am looking at an 'income' stock right now, but it is still in the early stages and I would prefer to continue monitoring before taking any action first. The identity of this stock will only be made known once I had successfully added it into my portfolio. 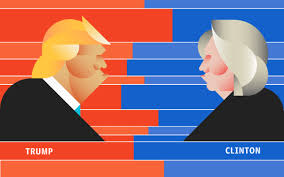 And so that is all for the month of September. Upcoming events such as the US presidential elections, the impending rate hike in December may cause some volatility in the markets, so stay safe and let the power of compounding to do its work. Let us see how things unravel from here.

Chaos.
Posted by Dividend Simpleton at 17:27 No comments: