We now enter a phase where the Presidential Elections are taking its effect on the markets. Clearly, the markets prefer Hillary Clinton as the default president to win it, as when the email scrutiny began, markets began to fall apart.

And once again, the Fed is now on the verge of looking to increase interest rates again. The most likely period is looking like in December. Well, in fact, I am looking forward to this December, and it is not because of the festivities. The threat of interest rate hikes will definitely have an impact on REITs and other interest rate sensitive instruments. And it is just about right that I am still currently on the lookout to increase my REIT exposure. In addition, December would also mean bonuses which can be used to increase these positions should the time calls for it.

As my name suggests, I am a dividend guy, so I am only looking for stocks which pay dividends. No dividends, not in my watchlist. However, there are some stocks having their dividends threatened by cuts due to the industry they are in and I am watching this carefully and taking action if necessary. Readers know I have taken a substantial positions on telcos recently, and I am monitoring it carefully.

To reduce exposure, there are 2 ways to do it.

1) Decrease the specific position.
2) Increase positions from other industries, aka diversifying.

I am more in favour of the latter. My reason is that I am young and able to take more risks now. Also, given the power of compounding on dividend paying counters, time in the market matters, not timing the market. Money in the bank is good to have, particularly for warchest purposes. But too much money in the bank gets rotted away by inflation, so there is some balance to be achieved.

So what did I do this month?

This month, I added Sembcorp Industries at a price of $2.45. It is part of the step of diversifying as well as what I felt was value in the markets. I had been eyeing Sembcorp ever since the oil plunge back in 2014, and had even initiated a position at around $4 plus back then. I have to admit some luck in exiting without much losses before the huge plunge, but fundamentals had changed for the worse which led to me exiting. Now, fundamentals are still bleak, and I am not looking to make a quick buck from this. This is definitely a very long term position as I do not forsee the oil and energy market rebouncing strongly in the next 2-3 years. This however was bought based on value alone, as it can be considered we are buying the utilities business and getting Sembcorp Marine almost free. In the meantime, dividends are now a little more sustainable, and I like to get paid while I wait for the upcycle. 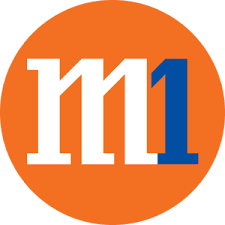 Meantime, results from the telcos have been fairly poor. We can only imagine what they are going through now. The 4th telco is barely even out in the market yet, and Starhub and M1 have already started out with weaker profits, both reporting falls in incomes of around 20%. Now, with this 4th telco coming into an already saturated market should they do so, I can only imagine the stiff competition and market they will face. Without a strong backer, it is very difficult for this 4th telco to survive in the Singapore market. And definitely we will not see the incumbents sitting there doing nothing. They will go all out to defend their market share. What eventually will happen however, your guess is as good as mine.

These past few months have seen me increasing positions, and now it has almost reached to the $24k mark and set to increase should the REITs become compelling enough.

My target of achieving $100k by 30th birthday remains on track. To protect the majority of my capital, most of my cash will remain in saving accounts. I will continue to prudently invest in smallish amounts, while consistently saving up the rest. My expenditure had been pretty high lately, given the long holidays I had just been to, as well as the frequent outings lately. In fact, baring any unforeseen circumstances, I should see myself achieving the target by my 28th birthday, which I definitely would be happy if that happens.

Lets see how things turn out then.
Posted by Dividend Simpleton at 15:23